» News » Lego’s return to gender neutral toys is good news for all kids. Our research review shows why

Lego’s return to gender neutral toys is good news for all kids. Our research review shows why 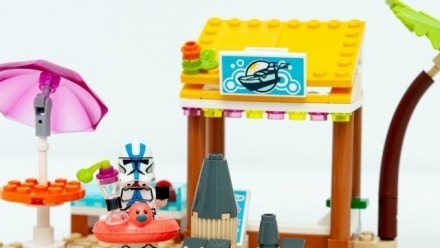 Lego announced this week it would work to remove gender stereotypes from its brand, including no longer marketing toys distinctly to boys or girls and ensuring products are gender-neutral.

This move by one of the world’s most powerful brands comes in response to research the Danish toy manufacturer commissioned to understand how parents and children think about creativity.

The survey of nearly 7,000 parents and children across seven countries found strong endorsement of traditional gender roles among both boys and girls, with 78% of boys and 73% of girls agreeing “it’s okay to teach boys to be boys and girls to be girls”.

Overall, the results suggest boys feel more pressure to conform to gender roles and norms for creative activities than girls. But the perceptions and beliefs of others may also be holding girls back. When toys are gendered, all children pay the price.

We recently conducted a systematic review of gender stereotypes and biases in early childhood.

Awareness of gender as a social category develops early in life, and insight into some gender stereotypes begins early. For example, preschool aged children can hold beliefs such as only boys can be policemen and only girls can be teachers or nurses.

Gender and racial stereotyping and prejudice can be observed in children as young as three to four years of age, as children take on cues from around them to decode and understand the world.