» Publications » The Role of Government – Australian views on government services

The Role of Government – Australian views on government services 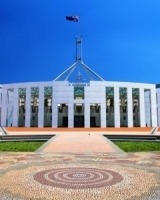 Some of the most important questions facing any government involve the extent of its role in service delivery: how services demanded by the public are funded and delivered and how new programs should be implemented. These questions go to the heart of how we organise ourselves as a society, and what we value most.

In the 26th ANUPoll, a representative sample of Australians shows that we generally think government has an important role to play in many aspects of society, with the greatest support for health care for the sick, border control and aged care. The lowest level of support is for providing a decent standard of living for the unemployed, providing a job for everyone who wants one and providing decent housing. Even still, more than three quarters of the population think government has a role in these areas.

Females are more likely to support an active role for government than males with large differences for housing, prices, male and female equality and providing a decent standard of living for the elderly. Other groups who support a strong role for government are the relatively old and young and those born overseas.

Most Australians think that many services – particularly health care, education, prisons, roads and public transport – should be paid for or provided by government, rather than the private or not-for-profit sectors. There is less support for government directly paying for or providing dental services, childcare and media services. There is a lot of debate about school funding at the moment. Australians are split almost perfectly evenly on whether primary and secondary school education should be delivered by state governments or the federal government.

The findings presented in this report contribute nuance to an area in which views and attitudes are dynamic, adapting to new technologies, changing standards of living, and international circumstances.

ANUpoll is conducted for The Australian National University (ANU) by the Social Research Centre, an ANU Enterprise business. The poll surveys a national random sample of the adult population (the ‘Life in Australia’ panel), and is conducted via the Internet (76 per cent of respondents) and phone (24 per cent of respondents). The use of this mixed-mode frame is to ensure coverage of households without Internet access.

In this poll, 2,220 people were interviewed between 13 and 26 August 2018. Among individuals who received the survey (ie members of the ‘Life in Australia’ panel), a completion rate of 79 per cent was achieved. Taking into account the recruitment rate to the panel, the cumulative response rate is calculated as 9.2 per cent. The results have been weighted to represent the national population. The poll’s margin of error is ± 2.5 per cent.