Universities in Australia: Attitudes and challenges 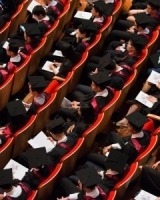 This ANUpoll – the 29th since 2008 – examines the attitudes of everyday Australians when it comes to universities, as places of research, learning and public debate.

The results point to the trusted role of universities and university researchers – in the public’s eye the most reliable source of facts and information.

As brokers of ground-breaking education and research, universities need to ‘get’ the millions of people living their daily lives outside campuses. Australian universities must be places that embrace people from all walks of life. The results are insightful, drawn from a broad base of the Australian population.

ANUpoll is conducted for The Australian National University (ANU) by the Social Research Centre, an ANU Enterprise business. The poll surveys a national random sample of the adult population (using the ‘Life in Australia’TM panel), and is conducted via the Internet (88 per cent of respondents) and phone (12 per cent of respondents). The use of this mixed mode frame is to ensure coverage of households without Internet access.

In this poll, 2,054 people were interviewed between the 8th and 26th of April 2019. Among individuals who received the survey (i.e. remaining members of the ‘Life in Australia’ panel), a completion rate of 76.5 per cent was achieved. Taking into account the recruitment rate to the panel, the cumulative response rate is calculated as 8.6 per cent. The results have been weighted to represent the national population. The poll’s margin of error is approximately ± 2.5 per cent.